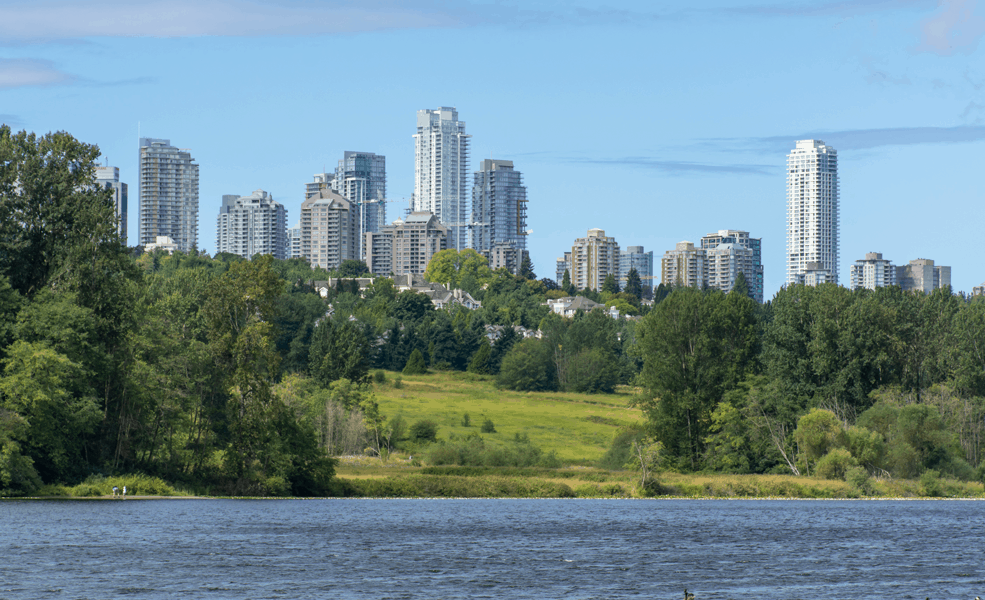 COVID-19 has impacted the lives of nearly everybody regardless of their age, religion, geography, or wealth. Over the weekend I observed a six-year-old boy who was strictly maintaining a two-meter distance from his grandparents. A middle-age woman who told me people seemed to be more frightened now than they were in the midst of a total war she lived through. Fortunately, Canada is doing much better than other countries like Italy, Spain, Sweden, China, or the US. Even within Canada, BC is doing much better than other populous provinces like Ontario and Quebec (see below). 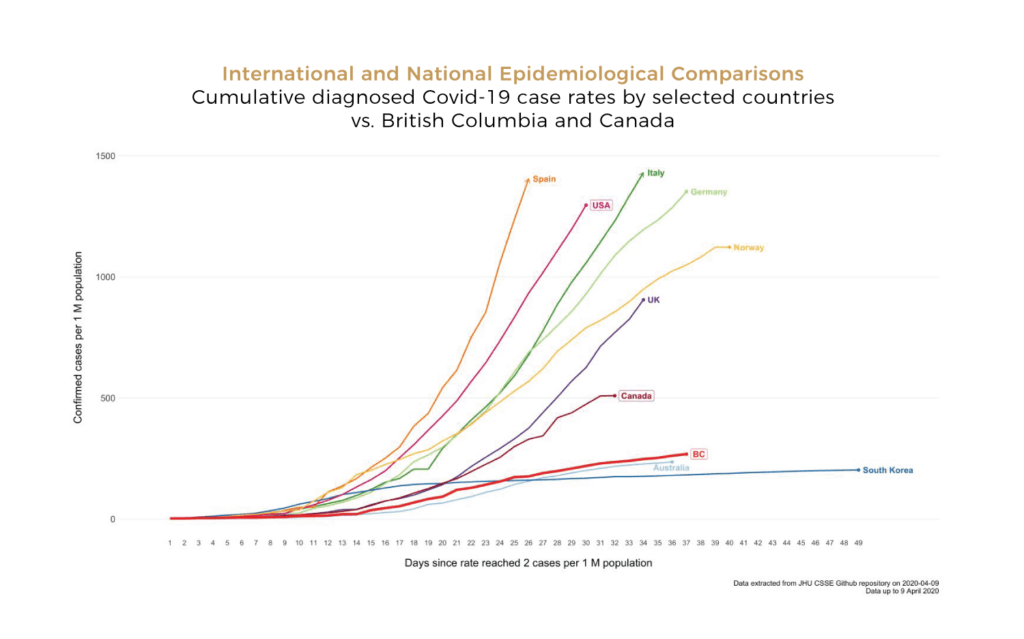 How COVID-19 will impact the economy?

The three-hundred-billion-dollar question is how COVID-19 may impact BC economy in general and real estate in particular. There have been various comparisons with past crises in an attempt to find a reference point and predict the uncertain future. Some have more merit than others. In our view, there are at least four major differences between the potential economic impact of COVID-19 and economic recessions of the past.

First, there has been no fundamental change in certain industries like real estate. Fundamentals of Real Estate, as any other industry, can be summarized in two categories: supply and demand. On the demand side, Vancouver’s natural beauty, population growth, immigration, safety, and stability of its institutions will maintain demand for its housing. Moreover, foreseeable low-interest rates, loose monetary policy, and falling Canadian dollar can only add to the demand for real estate. On the supply side, Vancouver’s geographical location limits its usable land for housing. It is inhibited on the north by mountains, on the south by United States, and on the west by the Pacific Ocean. Moreover, 22% of Metro Vancouver land-basedii is designated as Agricultural Land Reserve (ALR) and not permitted for residential housingiii. This limited usable land is further restricted by diverging policies of 23 municipalities of Greater Vancouver, that control zoning, density, and use of land. Many politicians of these municipalities campaigned and won their 2018 election on promises to stop, or limit, development, and tax developers to the point that renders their projects unfeasible. Such measures can only prohibit further investment and reduce future supply. Of course, that can be reversed once governments feel the resultant pain of job, and revenue, losses. Consequently, with consistent demand, and reduced supply, prices can only rise in medium, and long, term.

Second, most sections of the economy can be turned back on, once rapid testing, tracking, vaccination, and treatment have been established. This has not been the case for several other recessions. For instance, Berkshire Hathaway was established by Oliver Chace in 1839 as a textile manufacturing. Warren Buffet transformed it into a conglomerate of many companies, worth over $400 Billion and one of ten highest valued global companies. That transformation was funded by closing the textile factories in the 1980s. It would be unthinkable today to think Berkshire Hathaway will liquidate its positions in its vast, and unrelated portfolios, to go back and set up textile factories. American insatiable demand for cheaper clothing, with incompatible US labor cost, killed the textile industry long ago. Fundamentals were changed, and unlikely to be restored.

All industries are impacted

Third, COVID-19 has impacted virtually all industries, countries, and supply chains. In the past, certain industries were impacted. For instance, mainly oil industries were impacted by the crash of oil prices in 2014, real estate and finance in 2008, tech companies in 2000, car manufacturing in the 1980s, and textile companies in the 1970s. As such, there has been more collaboration and coherent response on national and global stage. It is simply everyone’s problem, not a selected few who we can simply ignore.

Governments are quick to react

Fourth, the governments have been very quick in rushing to rescue industries, companies, and individuals. In contrast, in the Great Depression of 1929, not only US government was slow to react, but it also took steps that made the circumstances worse. In 1928 and 1929 US Federal Reserve was continuously and publicly complaining about an excessive amount of speculative buying that was happening in the market. The Dow Jones Industrial Average (DJIA) had risen almost 400% from 1924 to 1929. 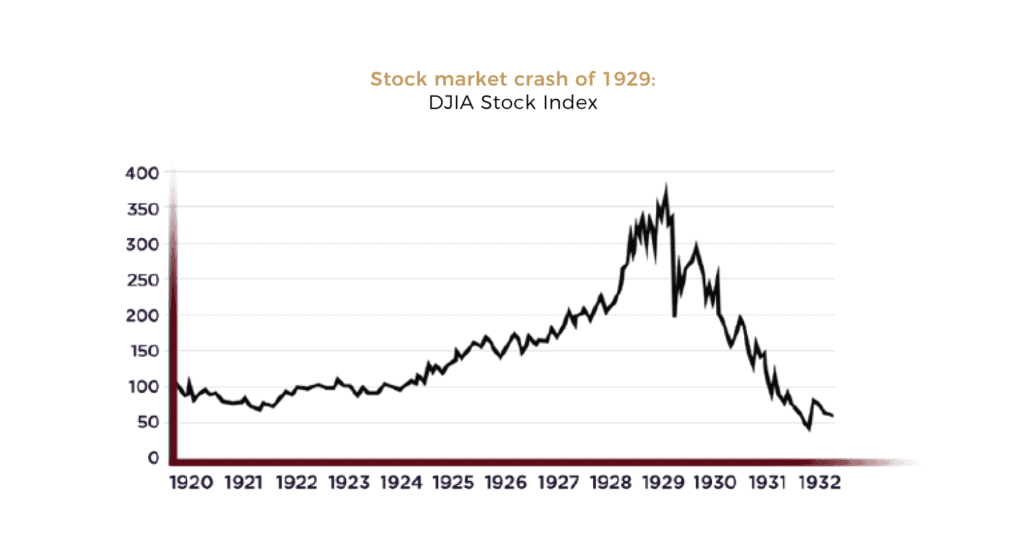 More troubling was the fact that a lot of the speculation purchases were made on margins with borrowed money. That meant that small price drops would translate into massive losses and stocks would have to be dumped in vast quantities to avoid catastrophic losses. The 1929 crash eroded public confidence in financial institutions. People withdrew their cash from banks, stopped making large purchases like an automobile, and hoarded cash. That, in turn, resulted in layoffs, more bad loans for banks, and downward spiral financial calamity. Between 1931 and early 1933, a third of all banks in the US failed. Unemployment surged from 5% to over 20% from 1929-1931.

It took until April of 1932 before the Fed began to buy government bonds on a large scale, providing liquidity support that the banks had been desperately needing since late 1930. Federal deposit insurance was nonexistent and wasn’t created until 1933. The lack of deposit insurance meant that depositors could lose their life savings if their bank failed. Therefore, they had a huge incentive to withdraw their deposits if they received news, or even rumors, suggesting that the local bank was in trouble. In turn, this meant that bank runs were a common occurrence, often spreading to other banks, towns, and even states. Cash became harder for banks to come by. As lessons of previous crises, today we have deposit insurance, the dollar is not backed by gold, and most importantly Federal Reserve seems to have the ability to create new supply of money from thin air by quantitative easing and other measures.

Finally, a close examination of the history of Vancouver Real Estate prices may create more clarity as foreseeing its future. Such an approach will be rooted in real data rather than theories or opinions. To that end, we have compiled and analysed prices of detached homes in the past 15 years. The objective was to identify the period of price stagnation, recovery time, and the aftermath of such periods.

The longest peak-to-peak recovery, contrary to popular belief, is not from the financial crisis of 2008-2009. By May 2009 the detached sale prices had surpassed their previous record in October 2008. That recovery took 17 months. In contrast, by October 2013 it had taken 30 months to surpass the previous record in April 2011. This has been the longest recovery in sales prices of detached homes since 2005 in Greater Vancouver.

Now let’s fast forward to March 2020. There are three key observations here. First, we are inside the second-longest recovery period, running at 22 months. Second, the price is already at 95% of its last peak value in May 2018. Third, in previous slow housing markets, forces of the market were primarily responsible for changes. Whether that was the US financial crisis or global crash of oil prices. However, our current cycle is directly caused by interference of government in the free-market by hastily devised taxing and regulation policies. The good news is that can be reversed easily, on the local level, by the same politicians. It would only require the realization of loss of jobs, votes, and tax revenues. Those pressures will only be exacerbated and exposed by the COVID-19 crisis.

Interestingly, every time prices recovered to its previous peak, it did not stop there. Prices kept on rising. After the longest recovery time of 30 months, the prices exceeded its last record by 55% in the following 27 months (see below). History may be destined to repeat itself. 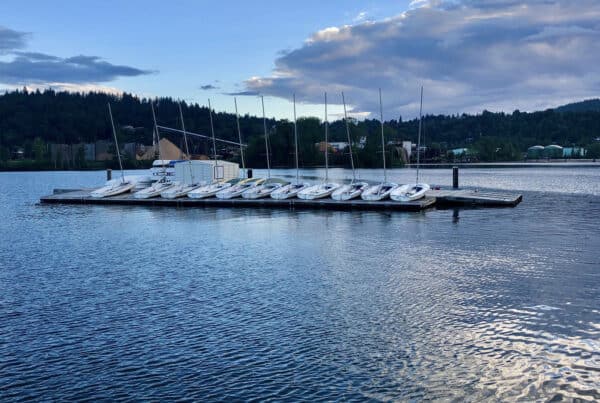 Importance of community engagement and support

Aultrust Research Team | Community Projects | No Comments
Aultrust Financial combines finance with development to help build distinctive communities. Without the community's input and support, our projects would not be able to offer the benefits that the community… 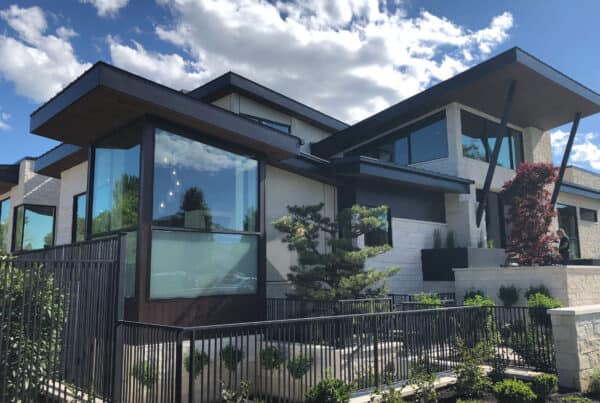 Aultrust Research Team | Aultrust Intel | No Comments
Bank of Canada announced holding the key interest rate at 0.25% until at least 2023. In a candid press release the newly appointed Governor of Bank of Canada, Tiff Maclem,…

Aultrust is a financial and real estate development organization, combining finance with development to help build distinctive communities. Aultrust takes its name from a deep-rooted conviction to principles of integrity, good-will, and social responsibility.

Shall you have any questions regarding the above, please reach out to us by filling in the form below.